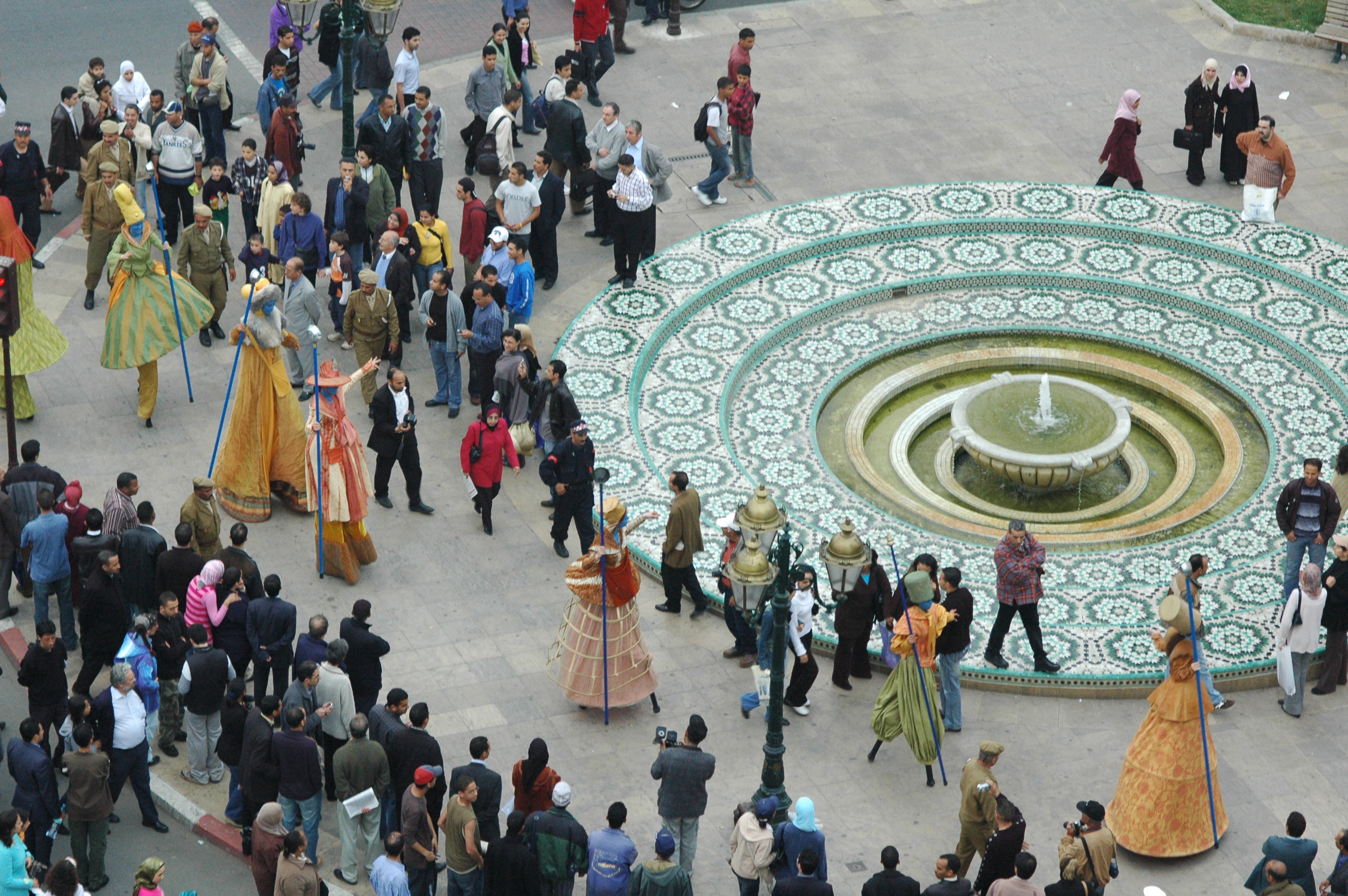 This unique ensemble is composed of approximately twenty actors, performing theatre with acrobatic skill on the smallest stage possible – the stilt. We are based in Germany but we working world wide.

«In airy heights a happening is dragging multilayered told plausibly and along. Floating over all, the Stelzer kidnaps divine and human belonging in such a way into the deep, with completely own aesthetics.»

The idea «theatre on stilts» was actually initiated by the work with the FTM (Free Theatre Munich), founded in 1970 by George Froscher and Kurt Bildstein.

The stilt actor has to conquer his performance-area first. Independent from stage and technology he turns streets and squares into theatre halls.

Therefore this kind of theatre, exposed to the rough conditions of the market-place, is influenced by different elements:

The most essential parts of the text have to be extracted and the content of them caught on to. The audience itself is an integral part of the performance.

So «Theatre on Stilts» is one of the most vivid and direct ways of expressing urban culture.

With actually more than 16 productions of very different character, the Stilt Walkers have marked and developed this genre considerably, since their start in 1983.
«Die Stelzer» participate with productions like «walking acts» or big «open-air theatre» on international festivals.
Short biography